Here at Leeds Children’s Charity at Lineham Farm, we invited two lovely young siblings, Leo and Katie to take part in an activity day at the Farm.

Leo and Katie were referred to us from Young Carers support because their Mum who is sight impaired, has diabetes and heart disease. During the school holidays Leo and Katie’s Mum was in hospital awaiting an operation to have her leg amputated. Dad moved back into the family home to care for them. Leo and Katie were missing their Mum because they were unable to visit her in hospital due to Covid and they were also naturally worried about her undergoing surgery. The children were feeling isolated, and Dad was finding it challenging to engage in activities due to his own mental health difficulties.

A day at Lineham Farm was just what Leo and Katie needed!

At first, Leo and Katie were worried about spending time away because they did not know the other young people who were going. Despite their reservations, it didn’t take long for Leo and Katie to settle into the group and to meet new friends. They enjoyed the team building activities that included learning about survival techniques, making shelters and fires in the woods, archery and feeding the animals.

Katie took photographs on her mobile phone and sent these to her mum which filled her with so much joy. Leo said that he enjoyed feeding the goats best because he had never seen a goat in real life, whilst Katie enjoyed the archery which was a totally new experience for her.

Katie and Leo said that they had the best day ever. They met new friends who were also young carers and felt for the first time that they were not on their own.

‘Katie and Leo were so excited to tell me about their day and I am grateful that they had the opportunity to go to Lineham Farm because they had been so worried about their Mum. It was nice that they were able to have some time out with other young carers to have fun and be distracted from their worries. I had been feeling guilty because it has been harder to take the children out due to my own mental health’.

Since attending the activity day at Lineham farm, Katie and Leo have now joined a young carers well-being group where they have attended weekly targeted sessions with other young carers to support them with their feelings around being a young carer

The activity day at Lineham Farm supported Leo and Katie to build trusting relationships with other young carers, for them to gain the confidence to help prepare them to access peer group support.

To find out more about the impact we have please click HERE. 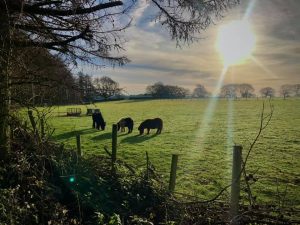